News
You are here: Home1 / News2 / Articles3 / How MEMEX got two industry giants to endorse its manufacturing connectivity...

David McPhail, the CEO of Burlington, Ont.-based MEMEX Inc., loves showing off a new white paper from Mazak, the Japan-based machine-tool giant. Even though its title, “Complete Digital Factory Integration and the IIOT” (Industrial Internet of Things) suggests most people will find it less than a thrilling reading.

But McPhail cares mostly about the cover, and its three company logos. The stylized word mark of Mazak, with 7,800 employees and 10 factories worldwide, appears on the left side; on the right, inspired by the Golden Gate Bridge, sits the logo of Cisco, the San Francisco networking giant with 72,000 employees; and tucked proudly between the two is the logo of tiny MEMEX, with 39 employees and sales of $2.1 million.

This kind of exposure doesn’t happen by accident. The eight-page brochure promoting a new “Smart Box” that enables digital connectivity between manufacturing tools represents eight years of work by McPhail and his team. Their MERLIN communications platform collects operating data from each piece of equipment and displays it in a dashboard that lets manufacturers boost efficiency by monitoring performance, maintenance and inventory in real time.

McPhail’s solution is easy to implement, and half the price of alternative solutions. But it’s only in recent months that MEMEX has secured the endorsement of two industry giants, which should at last give the company a competitive advantage as more manufacturers embrace connectivity “from shop floor to top floor.” McPhail says MEMEX’s systems can deliver a 300 per cent ROI in the first year alone — but product excellence isn’t always enough.

MEMEX’s efforts illustrate the problems experienced by many business innovators, even when all the trends run in their direction. There’s no doubt that manufacturers around the world need MEMEX’s solution. Factories normally have a wide range of machines on their floors, from different brands and different eras, making it difficult to integrate operating data. McPhail’s unofficial motto is “No machine left behind.”

But MEMEX has had to work hard to convince prospects that data collection should no longer be done with people walking around carrying clipboards. “This is a conservative industry,” he says. “Most manufacturers are followers, not creators of trends.”

The company has been pushing the Digital Factory since 1992, but struggled at a time when machine memory was limited, and manufacturers were still sanguine about productivity. “The product was way ahead of its time,” McPhail says. “People didn’t understand what computing would mean to manufacturing. They’re still waking up to it now.”

MEMEX endured a series of jarring changes — becoming an acquisitor, going public, and going private again — before McPhail, a longtime manufacturing entrepreneur, bought the company out of receivership in 2007. Since then, it has benefited from manufacturers’ growing obsession with productivity, especially those adopting Lean production systems. “Without real-time data, you’re not really doing lean,” McPhail says.

In 2011, MEMEX released MERLIN, a data-collection platform that hooks equipment together at a cost of $5,000 to $6,000 per machine. Developed at an internal marketing meeting fuelled by $70 worth of pizza, “MERLIN” is an act of savvy branding — being the name of both a wizard and a fierce bird of prey.

MEMEX got its wings 2013, when Mazak selected MERLIN out of seven competitors to monitor its 800,000-sq.-ft. U.S. factory in Florence, Ky. It was a shootout, McPhail says. “Mazak asked for a 10 per cent productivity increase. We gave them 42 per cent.”

People didn’t understand what computing would mean to manufacturing. They’re still waking up to it now
Soon after, MEMEX went public on the TSX Venture Exchange, largely so it could raise funds and issue options to attract top talent. One of its key wins: chief technology officer Dave Edstrom, who helped develop the open-source standard for machine-to-machine communications as president and chairman of the MTConnect Institute.

The company hasn’t looked back since. In fiscal 2015, MEMEX doubled sales, to $2.1 million, and McPhail expects them to grow another 100 per cent this year. Most excitingly, last year Mazak asked MEMEX to be one of just 13 VIP partners in its worldwide iSmart manufacturing push. And in October the two companies joined with Cisco to introduce the SmartBox platform, which adds Cisco security to factories’ growing cloud-based networks.

The SmartBox, scheduled to launch in March, is the culmination of another five years of relationship-building, McPhail says. When he first met Cisco brass, they were mainly interested in selling discounted routers to MEMEX. McPhail had his eyes on a bigger prize, and in October 2014, at an Internet of Things conference in Chicago, he finally got to sell his secure-connectivity vision to Cisco executives. “I had seven people around the bar and 45 minutes to make my pitch,” he says. “We call it McPhail’s last stand.”

Cisco agreed to co-develop a product, and tested the SmartBox through 2015 at Mazak’s Florence plant. Last fall’s white paper documented how the system helped Mazak achieve an immediate 6 per cent productivity increase, as well as bring 400 hours of work back “in-house” that had previously been contracted out.

Despite the years those relationships took to build, McPhail says “It couldn’t have happened any faster. We needed to develop the technology and a value equation. I haven’t found any way to short-circuit the process.”

Rick Spence is a writer, consultant and speaker specializing in entrepreneurship. 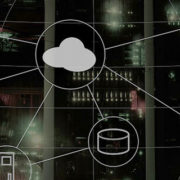 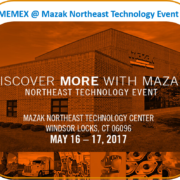